Meet Xaria, Mixed Martial Arts commentator, host, and personality who is also an ISMA certified personal trainer and NASM certified nutritionist certified in culinary and pastry arts by the New School of Cooking(LA).

Her 12+ year experience in commercial print modeling, and acting has helped her seamlessly make the transition from talent to live on camera host. She is passionate about using her platform and unique relationship to the combat sports community as a vehicle to inspire others to step outside their comfort zone and continually challenge limiting beliefs.

We like to call her the female Shaq because she still has the physique of a 20 year old athlete in her 50’s.

Coining the phrase “age is just a number” Dara is an inspiration to everyone. She is also an entrepreneur as she has earned her Barre Method certification and opened studios to encourage women to take care of their health.

As a motivational speaker with international tours to award winning marketing campaigns, Dara inspires everyone to live their dreams no matter what their age

Professional Surfer Anastasia Ashley started surfing as a full-time pro after she obtained her high school degree. Achievements such as the 2003 Triple Crown Rookie of the Year award, winning the Professional Surfing Tour of America championship at the age of 16, and winning two National Scholastic Surfing Association Championships made putting college on hold an easy decision for the young surfing sensation.

But in August of 2008, her world would soon turn upside down when her mother lost a 3 year battle against Lou Gehrig’s disease. This athlete influencer turned to surfing to cope and opened up about her loss on a 2010 episode of MTV’s “World of Jenks,” a docu-series devoted to exploring lifestyles, views and careers of different people from different walks of life. The episode followed the 5’8 talent as she prepared for the US Open of Surfing. Following her MTV debut, Anastasia would then go on winning the world-famous Pipeline Women’s Pro Short Board championship in Hawaii, which was her biggest title to date.

Anastasia was previously on the women’s world tour of surfing and is focused on exploring her hometown waves of Hawaii and California with her eye ultimately on one of the most gutsy challenges a surfer can undertake. She is a popular influencer and model, as she is constantly building her brand on social media. 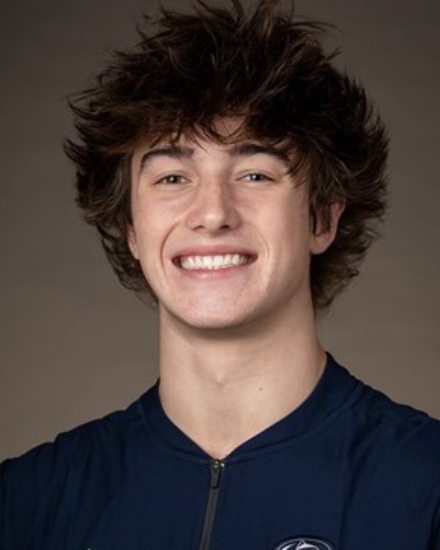 Michael Jaroh is one of the best gymnasts in the country at Penn State with over 2.16M followers and 75M likes

Michael has a thriving social media built on inspiring others to achieve and making them laugh. While releasing great content on a daily basis, it’s amazing how Michael has been able to achieve the following:

From lifestyle, comedy, fitness, and more Michael is becoming an icon on and off the mat. He is the role model we needed!